Ever pictured yourself meeting a guy on the street to pick up a brown bag containing sperm?  Yeah, neither did I.  This whole process of trying to make a baby contained A LOT of firsts for my wife and I.  After we secured our baby daddy as you know, the next task at hand was actually getting our hands on the sperm.  Aren’t lesbians trying to get away from sperm by choosing to be with women?  I know I was.  I had my days of “dealing” with sperm and I was all set with them.  But here I was, about to plunge right back into the wonderful world of semen.  (Insert gag reflex).   I suppose the upside to having to come in contact with sperm again was this time it was not going to be anywhere on my body (or mouth) and it would be the source of my potential child.  For that reason alone, I was totally willing to make an exception and get my hands dirty…literally.  Not in the way you might think.  Our donor was “taking care of business” on his own (thank goodness), so all I had to do was open the cup and get that semen inside my wife.  Not as easy as you might think.  I’ll share that story in a later entry because it deserves its own post.

Back to the collection and acquiring of our sample.  This is in short how the scenario would go.  My wife would diligently test her ovulation to see when she was in her peak baby making time.  She would often know it was time because normally she never has to wear deodorant but when she was ovulating her right armpit would require some.  Oddly enough, that was a better signal of her ovulating than the pee sticks themselves.  Ohhh the wonderful pee sticks.  We had lots of those on hand and all different brands to make sure we wouldn’t miss the peak time.  When we were sure we had that dark line or smiley face we would text our baby daddy and say, “it’s time!”  He called her ovulating “eggulating”, a term I have grown to love.  So, my wife would eggulate and we would coordinate a “meeting” of either us driving to their house or him driving to meet us.  I had previously given him some sterile plastic cups for him to use to collect the baby batter.  We had several pick up and drops offs of sperm but the one that stands out the most to me is the one where our donor met me outside of my place of employment. 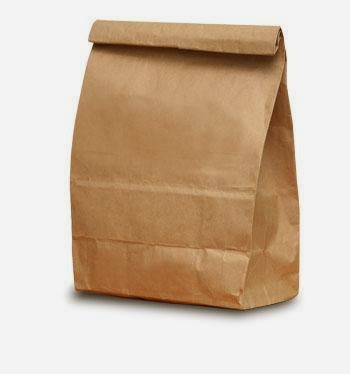 My office is located in what some might call a sketchy area.  It’s been known to have prostitutes, happy ending massage parlors and lots of drug deals.  When my donor and I were planning on meeting, it felt very much like your average drug deal in the area except the contents in the brown bag were a warm cup of sperm.   Quite different from a bag of drugs.  Our donor pulled up in his truck in front of my office, texted me that he was outside where I proceeded to meet him.  He rolled down his window and handed me a brown paper bag containing our baby batter.  We chatted for a few minutes but time is always of the essence when holding onto a warm brown bag of sperm so he drove off and our “drug deal” was complete.  It was more laughable than awkward.  Our baby daddy was so great about making this whole part of the process not awkward which was just another reason why he was such a perfect choice for us.  Let me take a minute to give kudos to all the donors out there.  While it might seem fun and easy for a man to ejaculate on demand, it’s not and they are doing us such an amazing thing by donating their swimmers to our quest for a baby, so props to all the baby daddy donors out there.  And so now, with sperm in hand, the drug deal was complete and now it was time to get those spermies into my wife’s cervix!

Next stop, insemination boulevard…
Posted by Unknown at 12:54 PM