Holy kicking and WTF is that movement in my stomach? 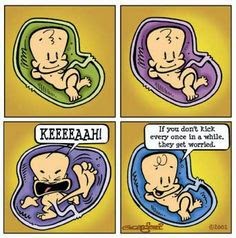 Hope you all had a wonderful Thanksgiving!  And in the event we all likely stuffed ourselves full and have a little extra in the belly, I figured it was a good time to talk about that ever growing baby belly and all of the weird things my wife was feeling about this time.  First off, the kicks to the ribs.  Our little cherub in there was quite happy kicking the shit out of my wife’s left side right in the rib cage.  It had been determined that we did not have a “small” baby in there and they were estimating she would be rather large which meant things were obviously cramped inside that womb.  I would often see my wife sitting on the couch or just standing and then double over in pain as she was receiving a swift kick to the ribs from our little one.  It was hard not to laugh because in life, I imagine there are many times in the future when parents feel like they get swift kick to the face or ribs from their child and that wonderfulness doesn’t waste any time starting! 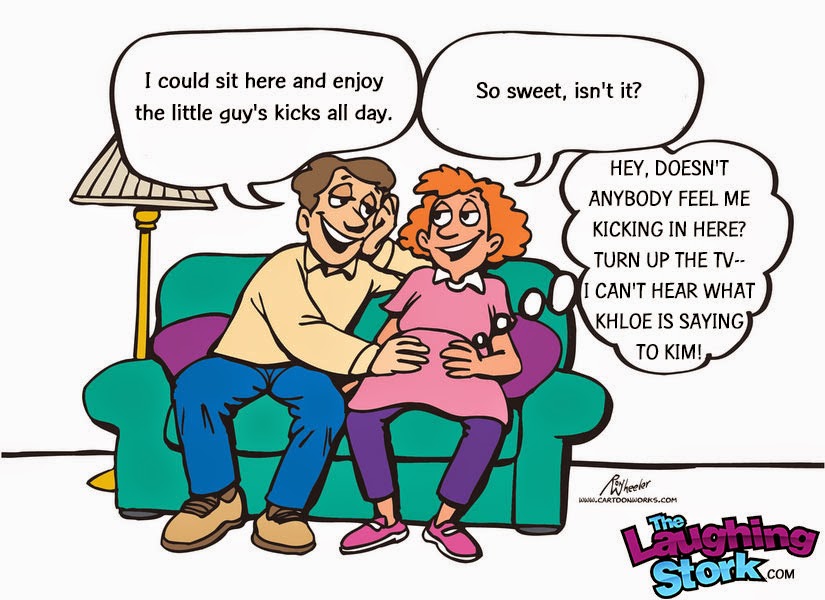 One of the weirder and yet most awesome parts of the pregnancy for me especially for me was seeing the baby move from the outside.  Legit, we had a little jazzerscizer in there and she was constantly on the move.  Most often she would do her kicking at night and in the morning when my wife would be laying down.  It was so freaky to see my wife’s belly moving from the outside!  It was one thing to feel the baby moving on the inside but now that there wasn’t much room left inside there, we could see SO much more and what a cool experience it was!  It was like an alien had invaded my wife’s stomach and was taking over.  This isn’t a video of my wife but it will give you a VERY good idea of what we were seeing and what you will likely see as well!  Ready for your mind to be blown??  This is nothing short of amazing, freaky and awesome.


I strongly advise you to take as many pictures and videos of your baby bump and all the crazy movement you will see.  You can’t ever get those moments back!
Posted by Unknown at 7:30 PM